A parade of stars at the Rally di Roma Capitale: the entry list has been published 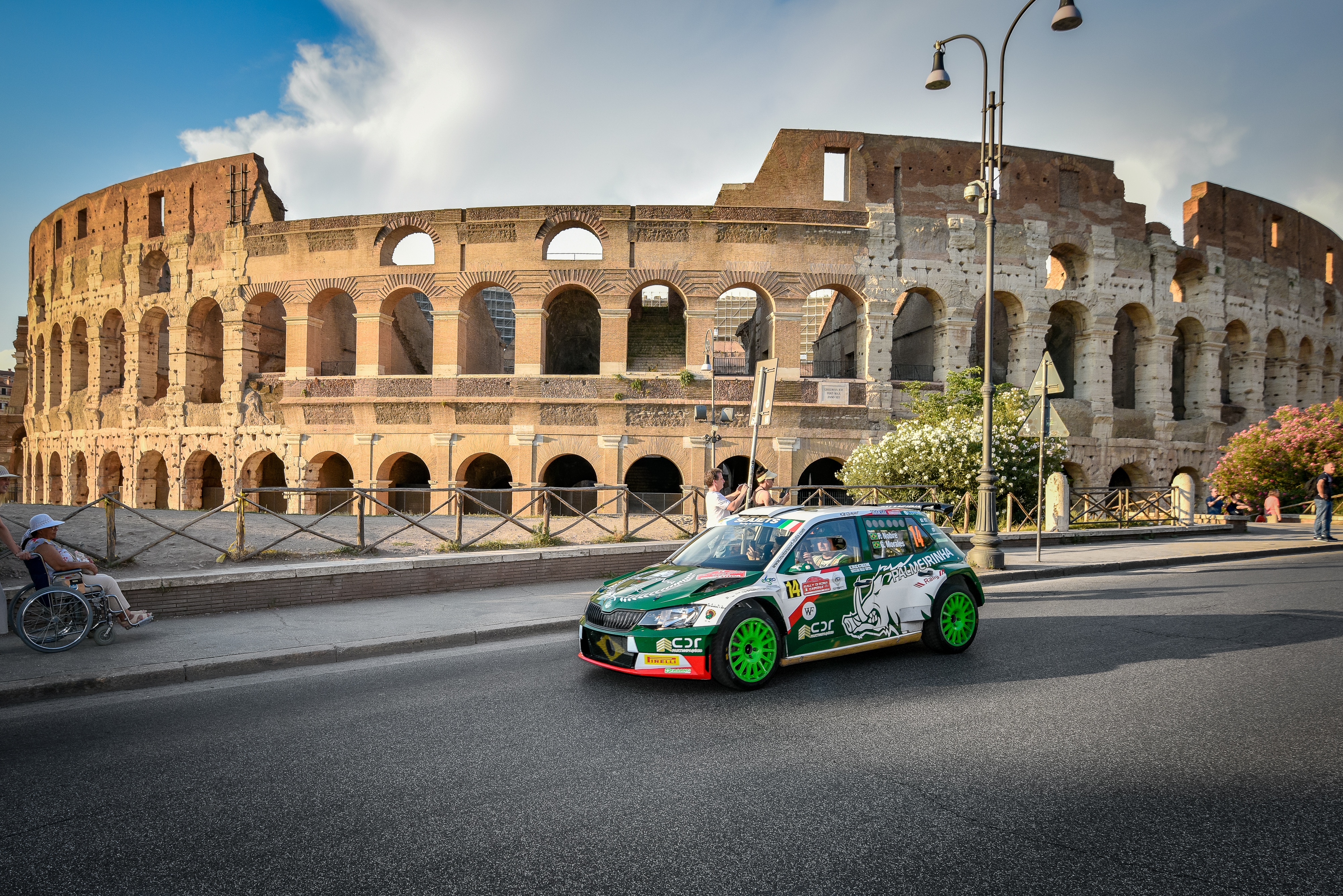 15.07.2020 - 42 R5 cars, 32 Rally4, all the best European and Italian Champions. This is the entry list of the Rally di Roma Capitale that has been published today on the website www.rallydiromacapitale.it when only a few days are left before the start of the event that is due next July 24-26th.

The announcement has been done this morning during the streaming conference that introduced the event, which is integrally available at the Facebook page of Rally di Roma Capitale (www.facebook.com/rallydiromacapitale).

This is going to be a race to be followed, even behind closed doors though. Unfortunately, no spectators will be allowed to enter service park, regrouping, race direction, start and finish areas and no media zones will be devised along the stages. Despite this, the first round of the FIA European Rally Championship and Italian Rally Championship will certainly deliver excitement and important media coverage with live streamings, TV specials and updates on the socials. The complete media programming will be confirmed shortly.

Giandomenico Basso (ITA) and Lorenzo Granai (ITA) are at their debut race in the Volkswagen Polo GTI R5 and will try to defend their victory in 2019, but things are not going to be easy for them. It is impossible to cite all the rivals that will challenge them. Only to name a few, the list starts from 2018 winner Alexey Lukyanuk (RUS) and co-driver Dmitry Eremeev (RUS on Citroën C3 R5 to Andrea Crugnola (ITA) and Pietro Elia Ometto (ITA), that will try to keep their momentum on the C3 R5 after winning the Rally del Casentino and Rally della Lana that they run to prepare the Rally di Roma Capitale.

Oliver Solberg (SWE) and Aaron Johnston (GBR) on Volkswagen Polo GTI R5 are much awaited at their first real race on the tarmac after the Rallye Monte-Carlo. The young driver will try and follow the footsteps of a lot of Scandinavian drivers that came to Italy to refine their driving skills on the tarmac, which is quite rare in the land of the thousand lakes. Eyes will also be last year’s winners of the Rallye Sanremo Craig Breen (IRL) and Paul Nagle (IRL) in the Hyundai i20 R5.

Adrien Fourmaux (FRA) and Renaud Jamoul (FRA) came to Italy to do well in the opener of FIA ERC with their Ford Fiesta R5 MKII M-Sport. Coming from the good performance at the Rallye Monte-Carlo, Fourmaux does not hide his ambition in the European championship and in Rome will try and start on the right foot. Among the big names, Mares-Bucha (CZ) will compete on Škoda Fabia R5 Evo, Marczyk-Gospodarczyk (PL) on another car made in the Czech Republic, Llarena-Fernandez (ESP) on Citroën C3 R5, Munster-Louka (LUX) on Hyundai i20 R5 and will face the challenge of Tempestini-Itu (Škoda Fabia R5), Kreim-Christian (Volkswagen Polo GTI R5), Dinkel-Mayrhofer (Škoda Fabia R5) and the young Emil Lindholm (FIN) with co-driver Mikael Khorhonen (FIN) on a Škoda Fabia R5 Evo.

Among the Italians, Umberto Scandola and Guido d’Amore will be back to the Rally di Roma Capitale after the double win scored in 2015 and 2016. Hopes are high also for the debut of Michelini-Perna on the Volkswagen Polo GTI R5, Bottarelli-Pasini (Škoda Fabia R5), Battistolli-Scattolon (Škoda Fabia R5), Rusce-Farnocchia (Citroën C3 R5) and Scattolon-Nobili (Škoda Fabia R5) that won the rally valid for CIR in 2018.

Some of the Rally4 drivers that usually compete in WRC Junior will be present like the strong Swede Dennis Radstrom and co-driver Johan Johansson (Ford Fiesta Rally4) and the Italian Marco Pollara with Maurizio Messina (Ford Fiesta Rally4) at the notes. The Ford Fiestas managed by Motorsport Italia will be at their first exit of the season in the opener of the Italian Rally Junior 2020 Championship with some very talented drivers.

After the Rally Casentino, Rachele Somaschini (ITA) and Giulia Zanchetta (ITA) will contest the rally in Rome on the Peugeot 208 Rally4, Adrienn Vogel (HUN) and Ivett Notheisz (HUN) on Ford Fiesta Rally4, Patrizia Perosino (ITA) and Veronica Verzoletto (ITA) will debut in the Škoda Fabia R5 with the Peletto Racing livery to complete the women’s lineups.

The Rally Stars Roma Capitale reserved to WRC+ cars will open the event with a special classification. Hyundai Motorsport will field the official driver Dani Sordo (ESP) on the Hyundai i20 Coupe WRC, while the second customer car managed by 2C Competition will be driven by Pierre-Louis Loubet (FRA). “Pedro” (ITA) will happily debut on the official M-Sport Ford Fiesta WRC with Emanuele Baldaccini (ITA) at the notes. After a year and a half in WRC3 in the R5 car prepared in Dovenby Hall, they will be in the updated car in Italy.

The rally will kick off on Friday, July 24th with the qualifying stage and the shakedown, before crews will head to Rome for the starting ceremony and the pass through Rome’s roads at 17:15. The competitive stages will then follow on Saturday 25 and Sunday 26th close to Fiuggi, where the Service Park and Race Direction will be placed. The finish line will be in Fiuggi on Sunday at from 18:00. The Rally Stars Roma Capitale will open the way and will be followed by the Rally di Roma Capitale racers.

“I cannot hide my enthusiasm and the gratitude towards all the crews that decided to take part in the Rally di Roma Capitale – >the organizer of the event Max Rendina commented. -