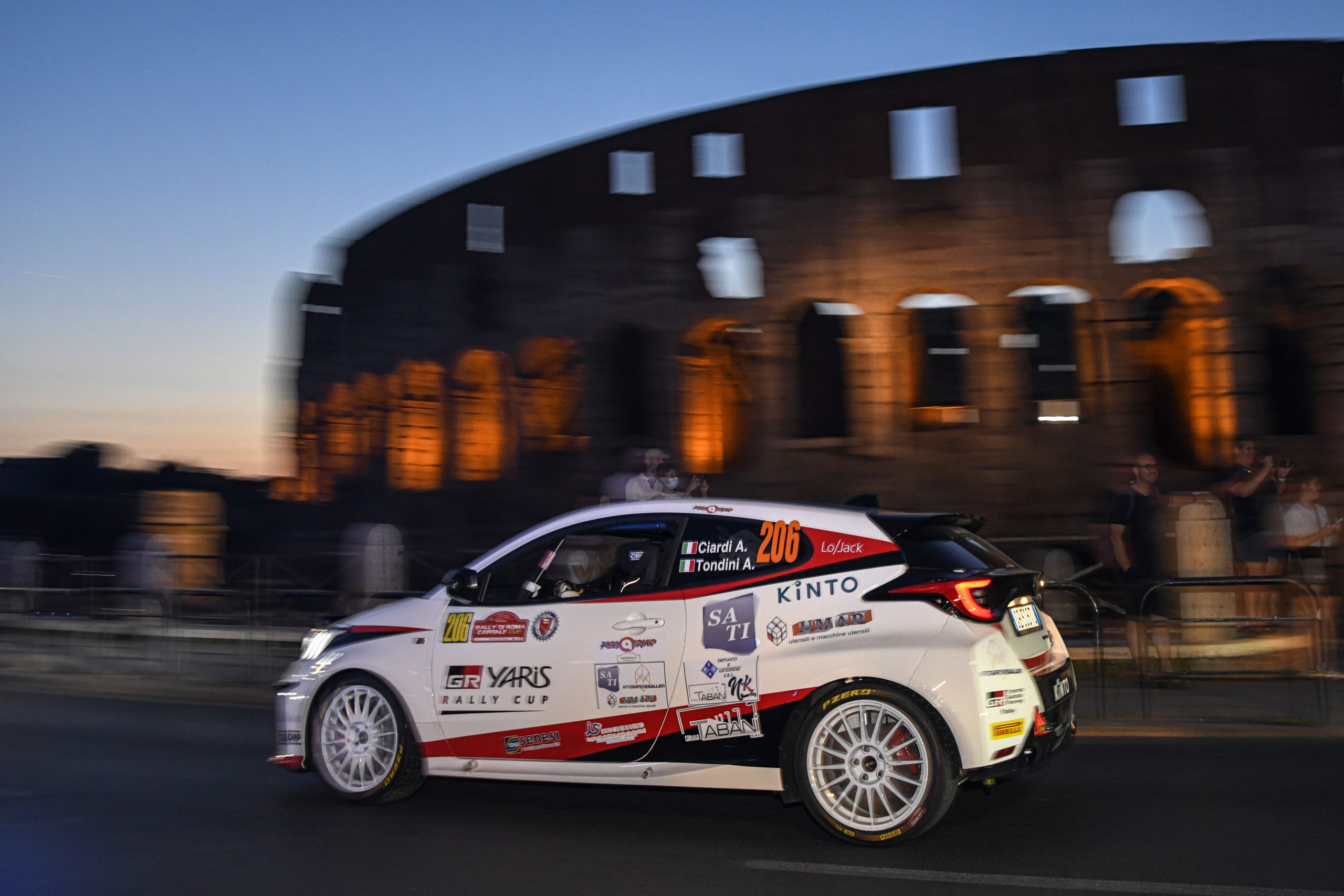 21.07.2022 – Another pearl has been added to the program of the Rally di Roma Capitale 2022, the much-awaited event valid for the FIA European Rally Championship and Sparco Italian Rally Championship that will get underway next July 22-24 in Rome and the province of Frosinone. Thanks to the collaboration with Toyota Gazoo Racing Italy, which is the Official Safety Car supplier, Aida Yespica and Max Rendina will take part in the Roma Parade on Friday, July 22nd in a Toyota GR Yaris.

The Top Model from Venezuela, who is the patroness of the event, will be in Castel Sant’Angelo for the opening ceremony on Friday at 19:00 and then will be a guest of the VIP Lounge of the SSS1 Colosseum reserved for the top partners and VIP Guests of the rally.

After christening the start of the 10th edition of the rally, Aida will get on board a Toyota GR Yaris, driven by the patron of the event Max Rendina, to open the road of the Roma Parade heading to the Colosseum and drive also on the special stage. They will be in the 00 car that will be used for the safety procedures before the pass of the competitive cars.

The car is the same as the GR Yaris Rally Cup, which is the first single-make dedicated to the muscular Toyota car that is contesting its second season after its debut, one year ago, at the Rally di Roma Capitale. This spicy project has been quite successful and brought to the fore a whole world of automotive born and managed by the motorsport nature of a make like Toyota, who is leading the WRC World Rally Championship and recently won the 24 Hours of Le Mans.