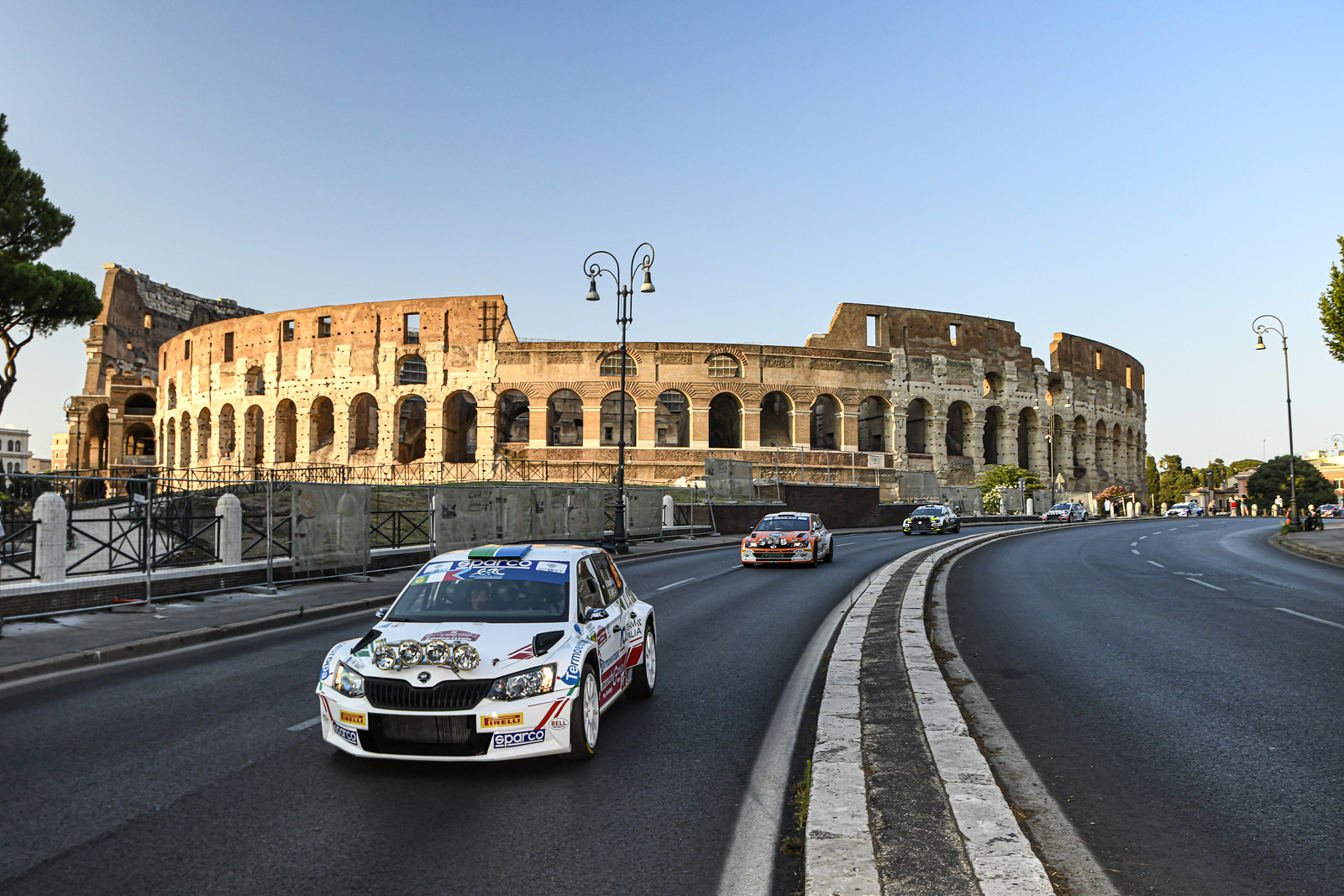 21.05.2022 – The publication of the Rally Regulations officially raised the curtains on the Rally di Roma Capitale 2022. The event organized by Motorsport Italia will take place from Friday, July 22nd to Sunday, July 24th and will celebrate its 10th anniversary this year in an unmissable event valid for the FIA European Rally Championship and Sparco Italian Rally Championship.

The Motorsport Italia’s technical staff passionately worked to devise an itinerary worth the celebrations of this anniversary and unveiled it today: it will include 187 competitive kilometres with some tests of over 30 km.

The event is now accepting entries through the usual portal registration.fia.com/ercita. The sporting programme will get busier and busier coming Wednesday, July 20th with collective testing and the opening of the SkyGate Service Park that has been confirmed in Fiuggi.

The itinerary has been renewed. The shakedown and Qualifying Stage will take place as usual in the circuit set up in Fumone on July 22nd, right before the start from Rome’s Castel Sant’Angelo at local 19:00.

Following the huge success of last year in Caracalla, edition 2022 will kick off with a test that is still being defined around the Colosseum and that will be unveiled in the coming weeks. This is certainly going to represent a special moment of the event, a highly spectacular prologue that will deserve all the media attention that is focused on the event.

Day one will include six tests on Saturday, 23rd. The first stage will be “Roccasecca-Colle San Magno”, which is the shortest of the rally with its 5.50km. It will be followed by the “Santopadre-Fontana Liri” of 29.08km, which is the highlight of day one. The third test will be the “Guarcino-Altipiani” of 11.85km. Each test will be repeated twice with regrouping and service park in Fiuggi in between the loops.

Six more stages (three tests repeated twice) will be run on Sunday 24th. The action will kick off with the new “Fiuggi” of 6.45km which will also be the closing Power Stage later on, as the new FIA ERC regulations define a test awarding bonus points like in the case of WRC. The other stages will be the “Affile-Bellegra” of 7.34 km and the very long “Cave-Subiaco” of 32.50km, which is one of the longest stages of the whole championship. The end of the rally will be in Fiuggi at 17:00.

“We did a great job - Max Rendina stated – all the staff did. The itinerary is one of the nicest of all times. It includes some very technical and challenging tests and we cannot wait to unveil the new opening test at the Colosseum. Devising and setting up the Cave-Subiaco that is over 30km has been a real gamble and I believe it will make the difference, but also the leg on Friday will be quite challenging. I believe the Rally di Roma Capitale is going to be even more selective and spectacular than in the past and winning it will be a huge honour. Rome and the city centre of the Capital are going to be the unmissable opening stage: we want to leave another important mark”.