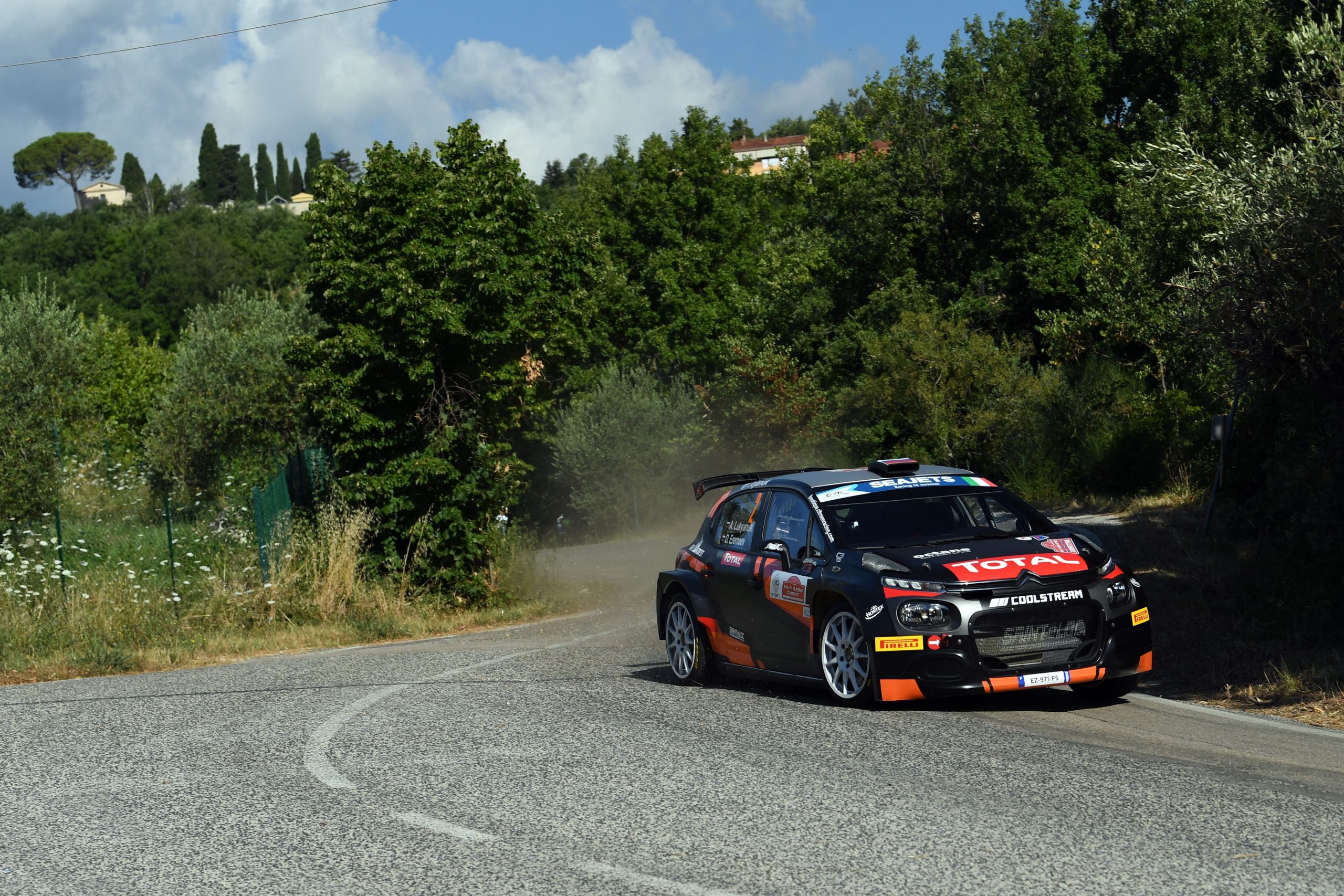 25.07.2020 – The first day of Rally di Roma Capitale, the opening round of the FIA European Rally Championship 2020 and Italian Rally 2020 Championship has been very exciting. It has been a technical and tricky day one that caught out several big names like Andrea Crugnola (ITA) and Adrien Fourmaux (FRA).

Alexey Lukyanuk (RUS) leads the pack 34.1s clear of Giandomenico Basso (ITA). The Russian driver of Sainteloc Junior Team in the #2 Citroen C3 R5 won all the six stages today. Basso ran a good rally so far in the Volkswagen Polo GTI R5 and admitted that he preferred to think about the points for the Italian Rally Championship in the second part of the day, as P2 earned him the victory of race one that ended this evening.

“I am happy, it seems that finally, things are starting to fall back into place, - Lukyanuk commented. - I had great sensations and did good times without taking too many unnecessary risks. We will clearly try to keep going on like this, the rivals are very competitive… winning in Italy would be really special”.

“I did not take too many risks in the afternoon loop – Basso added, - my target is the CIR and since the closest rival was quite far back pushing 100% was not worth it. We collected important data, I have good sensations from this car and a few little things that I would like to improve as we seem to wear a bit too much the front tyres at times”.

Oliver Solberg (SWE) is currently third on another Volkswagen Polo GTI R5. He ran a positive afternoon. In the morning Solberg lost his eyeglasses and this made him lose a few seconds, but he adapted well to the stages in the afternoon ending +47.1s shy of Lukyanuk. “I had some difficulties when the tyres were very hot – he commented, - the car was less reactive and it moved around a lot. Tomorrow things will be different, the stages will be very fast and it will be like starting from zero again in these conditions. Tarmac is all new for me, I will try to follow what I learnt from Loeb and when I manage to do that it is really great”.

In the Rally Stars Roma Capitale – the event dedicated to WRC+ cars, Pierre-Louis Loubet (FRA) is leading in the Hyundai i20 Coupe WRC that he is taking to his debut. Dani Sordo (ESP) is second on a similar car, even though the Hyundai Shell Mobis WRT driver has often remarked that he is in Rome to run a test ahead of the next rounds of WRC. The third place is currently occupied by “Pedro” in the M-Sport Ford Fiesta WRC. He said he is having great fun at the wheel of the amazing car.

Tomorrow 9 stages are in the menu, that is three to be repeated three times: “Rocca di Cave”, “Rocca Santo Stefano - Allianz Civitus” and “Guarcino - SKY Gate”. The rally is ran behind closed doors but could be followed thanks to a great media coverage. ACI Sport’s live coverage from the Facebook page of the Italian championship (@cirally) will be at 9:50, 12:15 and 17:10, and will also covered by MS Motor TV (CH 228 SKY) at the same times. The European Rally FIA ERC Championship will be available live at the Facebook page @fiaerc at 12:34 from SS11 and at 17:15 from the closing test, SS15.