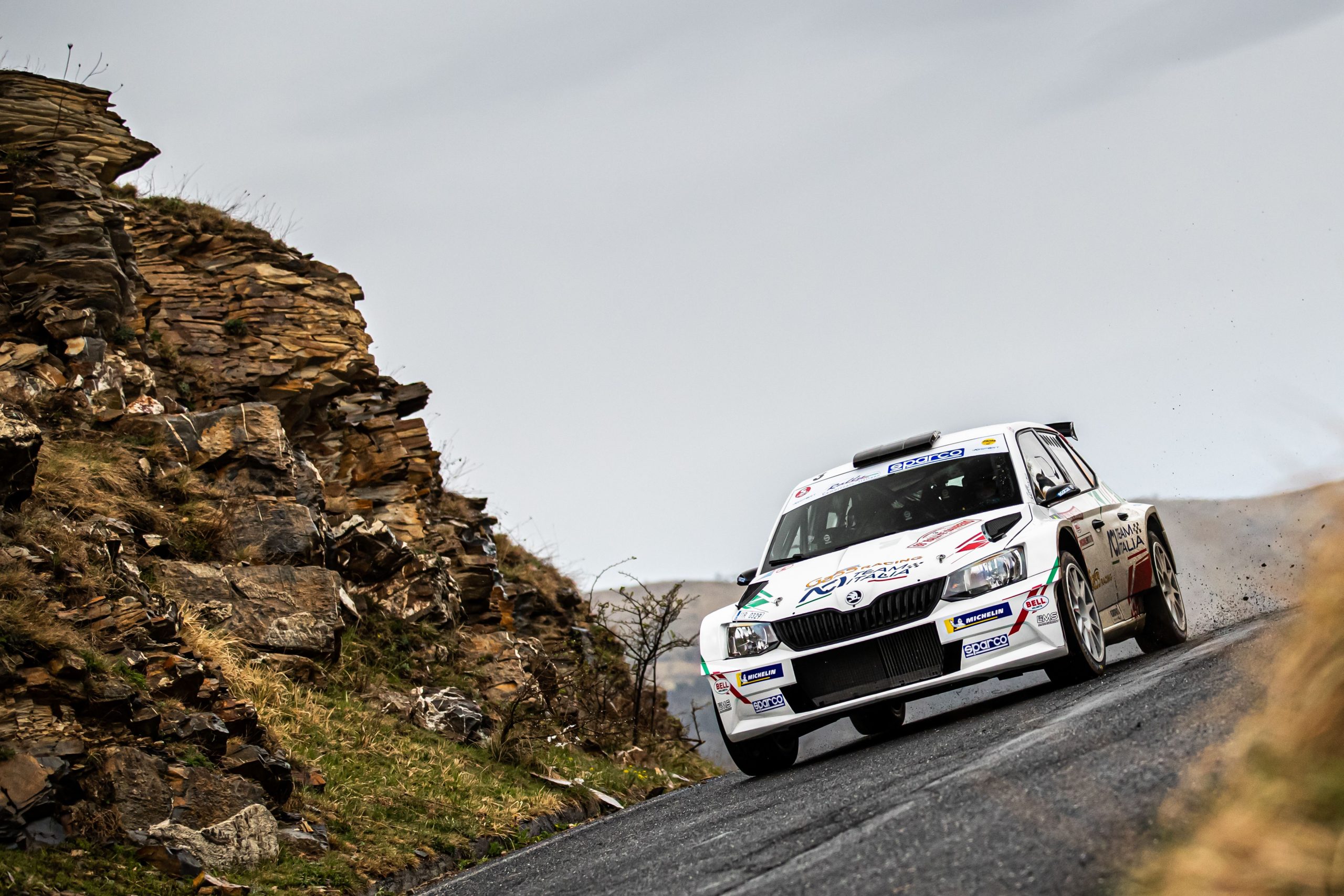 19.07.2021 – The publication of the much-awaited entry lists of the Rally di Roma Capitale 2021 make it finally enter its red-hot phase: the last week ahead of the third round of the FIA European Rally Championship and the fifth of the Sparco Italian Rally Championship.

The event organized by Motorsport Italia led by Max Redina is gearing up for an unmissable edition in terms of numbers, quality, and novelty and will take place in Rome, Fiuggi and around Frosinone.

The element that will make this a unique event in the world is also the record of R5 cars entered set by the Rally di Roma Capitale as more than 40 pf the 100 entered cars will belong to this category, which shows not only the quantity and quality of the entry lists, but also the high value of the event that competitors did not want to miss.

A total of 119 i competitors will be at the start and these will include all the main protagonists of the European and Italian scene. Alexey Lukyanuk and Alexey Arnautov will be back in Rome to defend last years’ win and the lead in the FIA ERC in the Citroen C3 of Sainteloc Racing. "The Russian Rocket", as the driver is nicknamed, already won two times in Rome but it will not be a walk in the park for him, as Andreas Mikkelsen and Ola Floene (Skoda Fabia Evo/Toksport WRT) will aim for the big target to stay in the fight for the European title in the first rally of the year on the tarmac and at their debut in Rome. Orlen Team’s Miko Marczyk and Szymon Gospodarczyk will not just watch the fight on another Skoda Fabia Evo and their chances for the win are high.

The level of both the European and Italian championships is very high this year and it is impossible to name all the big names. Craig Breen and Paul Nagle, are chasing the podium in the Hyundai i20 fitting MRF Tyres after their participation last year and this would be a very important result for the tyre manufacturer. Among the crews that entered the European championship, Efren Llarena and Sara Fernandez (Skoda Fabia Evo/Rally Team Spain), Nil Solans and Marc Martí (Skoda Fabia Evo/Rally Team Spain), Yann Bonato and Benjamin Boulloud (Citroen C3/CHL Sport), Simone Tempestini and Sergio Itu (Skoda Fabia Evo), Erik Cais and Jindriska Zakova (Ford Fiesta/Yacco ACCR), Norbert Herczig and Ramon Ferencz (Skoda Fabia Evo/Skoda Rally Team Hungaria) are ready to come to the fore.

The Italian crews will include those taking part in the FIA ERC and the Sparco Italian Rally Championship. Fabio Andolfi and Stefano Savoia, in the Skoda Fabia run by M33 are the current leaders of the Italian series and will use all their grit to take the biggest result in the most important rally of the year for the team. Umberto Scandola will be navigated by Danilo Fappani on this occasion, as the latter will fill in for the injured Guido D’Amore after the incident in Latvia in the Hyundai i20 of Hyundai Rally Team Italia. The tricolored flag will be on the roof of the car of Simone Campedelli and Tania Canton, as the pairing is back after the difficult performance at Rally Poland in the Volkswagen Polo Gti of Team MRF Tyres.

Giandomenico Basso and Lorenzo Granai, Skoda Fabia Evo, have already put in strong performances in Rome winning the rally in 2019 and coming second in 2020. Tommaso Ciuffi and Nicolò Gonella will debut in the Volkswagen Polo Gti, while Andrea Crugnola and Pietro Elia Ometto (Hyundai i20/Hyundai Rally Team Italia) will try and turn around a season that did not start off very well remembering the great performance they put in back in 2018. Damiano De Tommaso and Giorgia Ascalone (Citroen C3) could get a good result as other pairings like Fabian Kreim and Frank Christian (Volkswagen Polo Gti), Ole Christian Veiby-Jonas Andersson (Hyundai i20) and Grégoire Munster-Louis Louka (Hyundai i20).

The entry list of the event will be completed by the Rally di Roma Capitale Cup, the great novelty of edition 2021 that will have a separate classification for the single-make trophies like the new GR Yaris Rally Cup 2021, which will run its first act in Rome. The GR Yaris Rally Cup 2021 is the first single-make trophy in the world and will see 11 Toyota Yaris ready to challenge each other in Rome. Predicting the outcome here is going to be difficult as the technical level of the rally is very high.