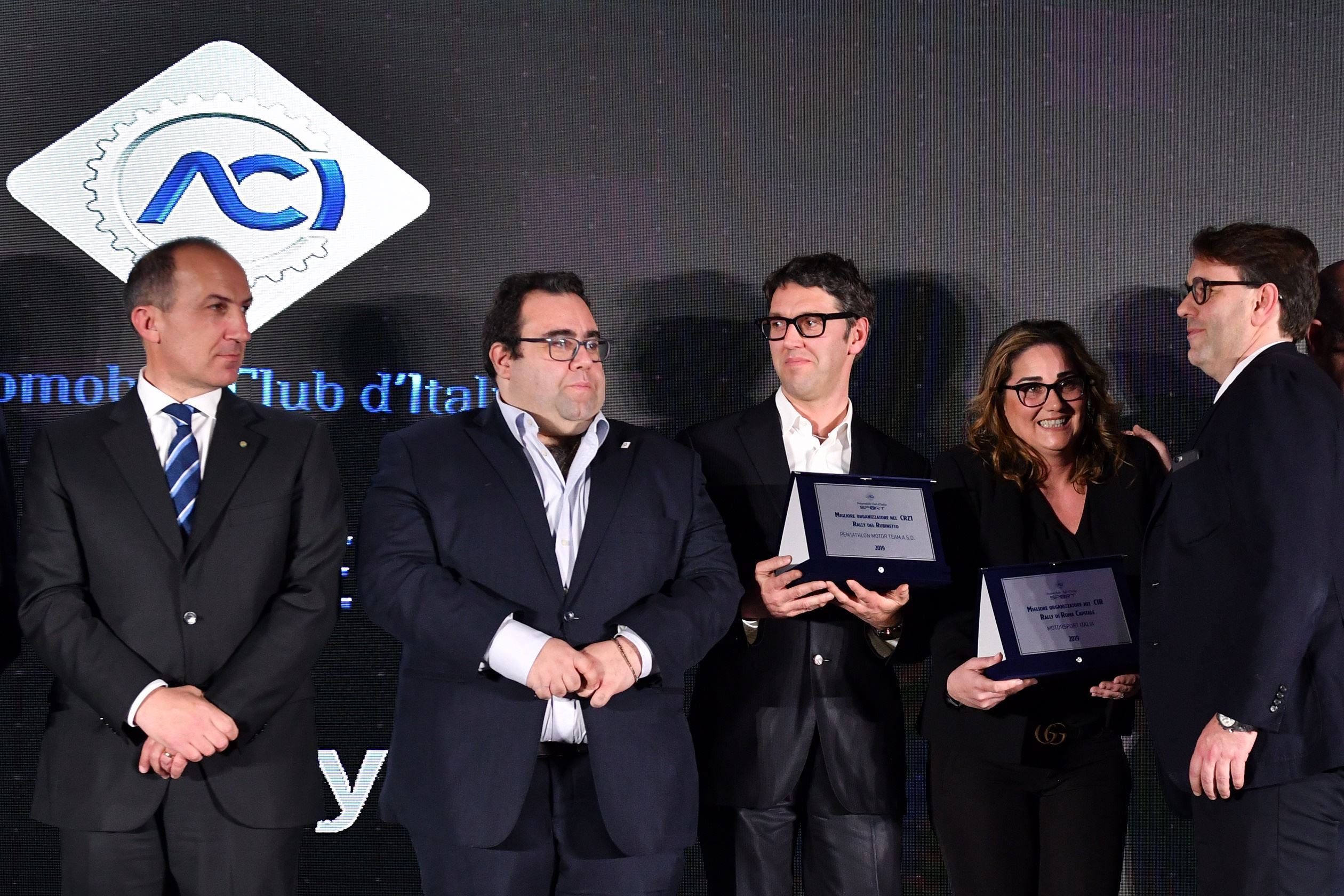 10.02.2020 – A great satisfaction for all the Motorsport Italia’s staff. The Rally di Roma Capitale has been awarded by the ACI Sport Sporting Federation as the best round of the Italian Rally Championship 2019 last Friday, February 7th.

This award has been given to Motorsport Italia’s CEO Francesca Pagliuca during the traditional yearly ceremony to celebrate the Motorsport Champions 2019 that has taken place in the most iconic Italian track, the Autodromo Nazionale of Monza.

The Rally di Roma Capitale has been chosen among the eight rounds of 2019 by a panel of experts of the Rally ACI Sport Commission. This choice has been made considering several parameters that went beyond the technical and sporting content of the event. An important point that made this rally the benchmark in Italy has been the huge work put in by the group led by Max Rendina in terms of communication – at a local, national and international level, and the efforts to bring the Rally di Roma Capitale close to the people.

This latter aspect has maybe been the decider for this important reward. The rally in Rome reached out to thousands of fans and tourists, especially the Motorsport Village in Ostia Lido that has offered several amusement occasions over the weekend for fans and families that found themselves immersed into the rally partying atmosphere.

The award given in Monza has marked the end of season 2019 but Motorsport Italia is already working to the organization of the Rally di Roma Capitale 2020, that will get underway from July 24 to 26th. The rally will be valid for the Italian Rally Championship and for the FIA ERC European Rally Championship. It will again be full of surprises and supporting events aiming to involve more and more the city of Rome in a weekend full of motorsport passion.