A spectacular Dani Sordo at the Rally Stars Roma Capitale 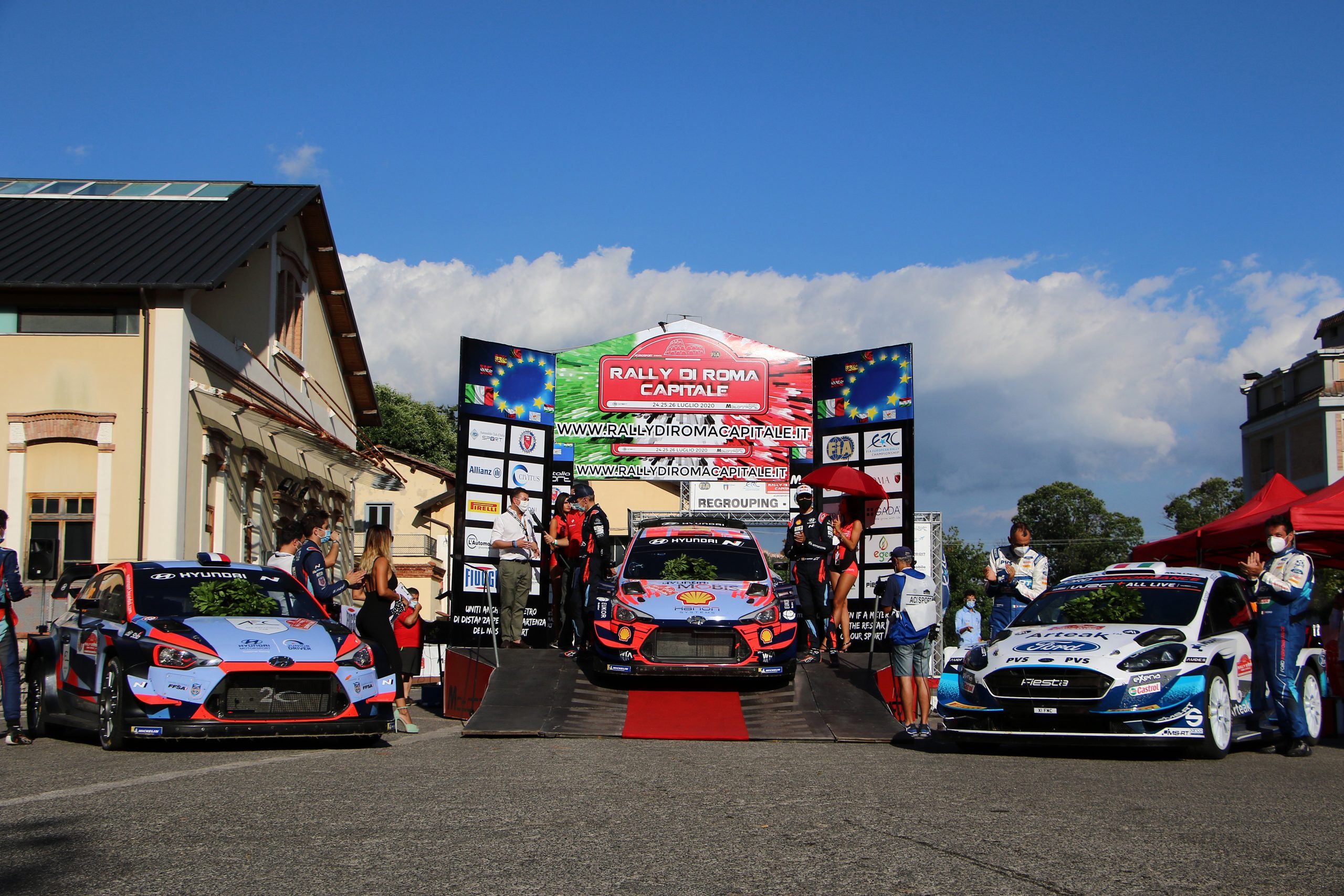 26.07.2020 - Dani Sordo and Carlos del Barrio (ESP) won the first edition of Rally Stars Roma Capitale, the event ran on the same itinerary of the Rally di Roma Capitale reserved to WRC+ cars that are the highest technological expression of rally cars and that normally contest the World Rally Car Championship.

The Spanish crew of Hyundai Shell Mobis WRT got to Rome to run an important test ahead of the forthcoming restart of the world rally championship. Sordo collected a lot of important data that will be very useful for the team to set up the Hyundai i20 Coupe WRC in its latest evolution. Sordo built a 40s margin on Pierre-Louis Loubet and Vincent Landais (FRA) in the rally. The latter two were at their debut on a similar car that they will use this year in WRC.

“My compliments go to the organizers - Sordo commented, - the rally has been very technical, stages were tricky with a lot of rhythm changes and different features. This has been a great testbench to gather useful data to develop the car, which was the main reason for us to be here”.

Loubet has also run a strong rally in his first exit on the WRC+ car. He has also led the rally for a bit taking advantage of an error made by Sordo. This has been a good training for him regardless.

“Pedro” and Emanuele Baldaccini ended third in their maiden race on the M-Sport Ford Fiesta WRC in a rally that ideally closed the circle that sees him connected to the team based in Dovenby Hall for two years now. “This car was new to us – he commented – I was impressed by it since the beginning. Obviously, it was impossible to stay close to these great professionals, our target was to have fun and put in a good show for the fans and I have to say that I had a lot of fun myself”.