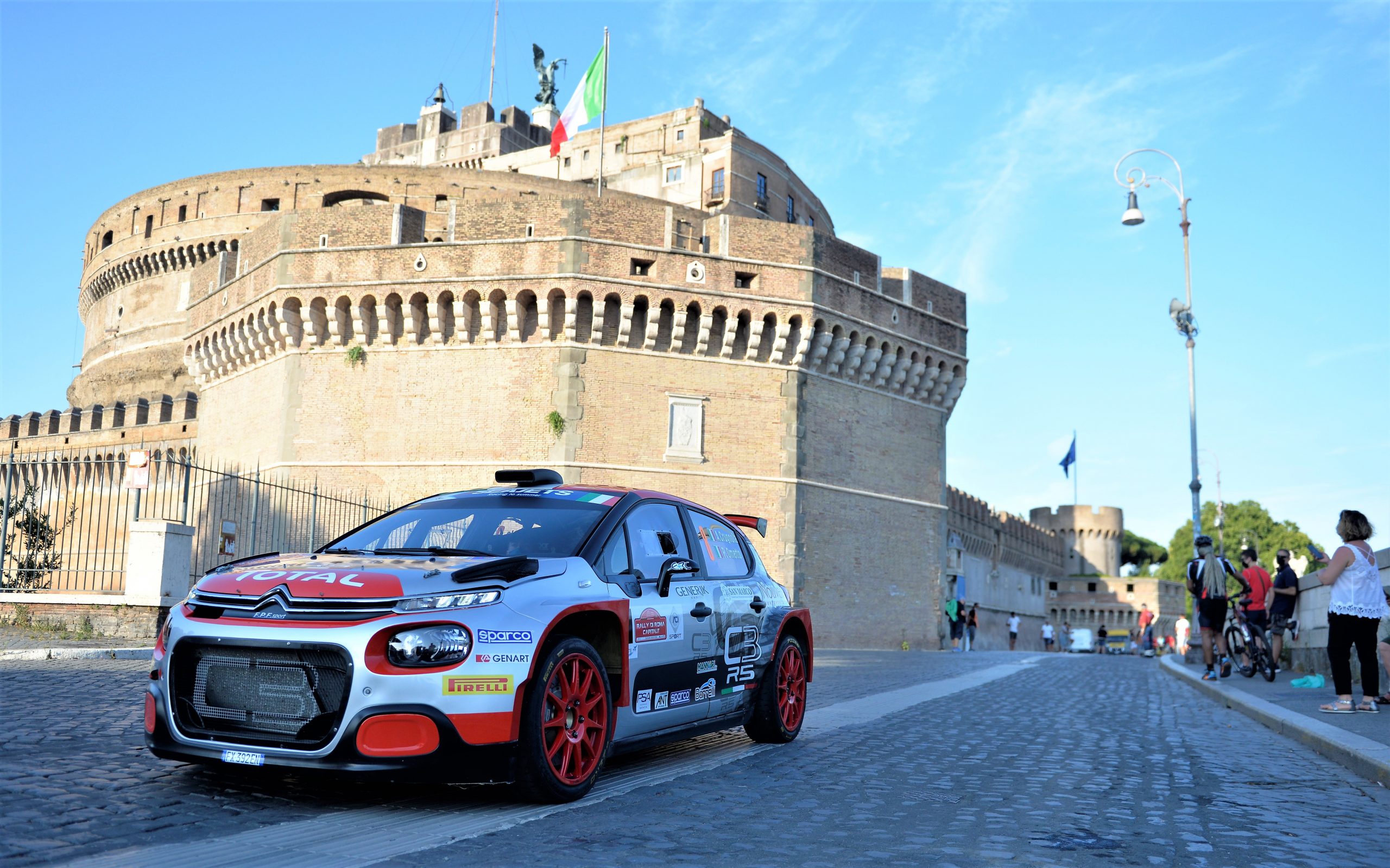 16.06.2021 - The FIA European Rally Championship 2021 is about to get underway this coming weekend at Rally Poland and the await is mounting in Italy ahead of the Rally di Roma Capitale that will get the European series and to Italy again from July 22nd to 25th in a joint event with the Sparco Italian Rally Championship and all the main drivers on the Rally2 cars.

As the Italian round is approaching, Max Rendina and his staff confirmed what a lot of people were hoping for: edition 2021 of the Rally di Roma Capitale will keep its tradition and start from Castel Sant’Angelo with the usual catwalk in the city centre that is a pride and a real international postcard.

Before kicking off the sporting challenge in the Frosinone area along an itinerary that has been redesigned this year, the cars will go through the heart of the Eternal City in what has been called the “parade”, a classy aperitif ahead of the start of the rally. After the start in Castel Sant’Angelo, cars will head to the Vittoriano, Fori Imperiali, Colosseo pass close to San Pietro going through some of the most classic venues of the touristic, glamorous and unforgettable city of Rome.

"The start from Rome is our business card - Max Rendina commented – a moment that contributed to make the Rally di Roma Capitale a unique event worldwide. We have been relentlessly working on this event together with the administration of the City Council of Roma Capitale and Police forces. Without their collaboration, it would have been impossible to put up such an event at this moment. I believe that this year more than ever, the start from the Rome city centre is going to be a particularly important moment as it will represent a re-birth, a restart, a moment in which we can get together again".

Motorsport Italia’s staff will not limit its work to this great opening event, but a further surprise is on the way and will be announced in the next few weeks.