Rally di Roma Capitale 2021 raises its attention on the environment 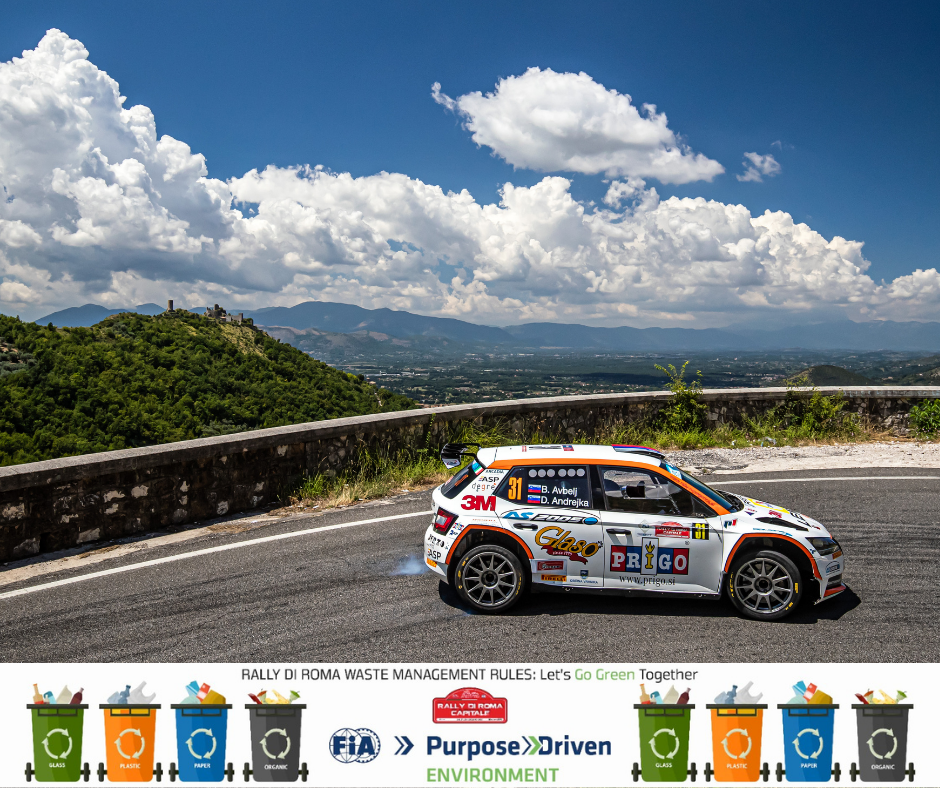 08.07.2021 – After receiving the two stars of the FIA Environmental Accreditation Programme, Max Rendina and Rally di Roma Capitale did not stop focusing on the green aspects of the event and are preparing an edition in which environmental protection will be incentivized.

There is no other motorsport discipline that touches on the hosting territory and environment not only with the stages but also with all the most crucial moments of the rally: from the start to the finish, service park and Headquarters. The Motorsport Italia staff have always devoted a lot of care to the green aspect of the event, that this year will be run from July 22nd to 25th and this will not change in this edition either. Rally di Roma Capitale will set up an ecologic area, similar to a waste collection point, in the centre of Fiuggi where teams, participants, and visitors could differentiate their waste. A specific corner will be devised for the collection of used oils too.

All the service cars will be pushed by hybrid or full-electric motors. This is a brave decision that continues the experimentation started two years ago in Ostia when scooters and electric motorbikes were used to move around the rally village. Often the mistake is made to consider the sporting part of the event as the most impacting on the environment, but the amount of road traffic generated by fans, staff, and service is certainly higher. This choice will certainly contribute to lower the carbon footprint of the Rally di Roma Capitale as never done before. Service cars, staff, and safety (recovery trucks, ambulances, etc.) will be equipped with the free and certified app "Andreucci Co-Drive" which permits a more careful and environmentally aware behaviour also on everyday driving as it anticipates the road ahead allowing the driver to drive the vehicle in a more linear way. The staff of Motorsport Italia suggests the use of this app also to the drivers for the recce.

The itinerary has also been redesigned to limit the road transfers, which impact CO2 emissions during the rally. The long transfer from Fiuggi to Rome will be granted by Motorsport Italia with car transporters capable of hosting 10 cars each to limit the transfers from and to the Capital at that particular moment. In order to increase the involvement of the territory and to limit resources spent traveling, nearly all the stakeholders involved in the event are Italian and, mostly, local.

Another important aspect will be the sensibilization of competitors, teams and fans towards simple behaviors that help to protect the hosting territory. Next to the two Service Parks in Fiuggi, some specific recycling points will be set up to increase the virtuous aspect of waste recycling. The same system will be adopted at the start and at the end of each stage where the staff and fans could recycle their waste in a correct way and avoid leaving them behind along the stage. Considering the high temperatures expected, at the end of each SS crews will be provided with tetra pack bricks of Fiuggi Water that will entirely replace plastic bottles, while the bands used to delimit the safety areas will be biodegradable. The car wash to clean the racing cars before entering Service Park will not be set up as the rally will not be on gravel and therefore there is no real need for that, which again will allow saving water.

All these aspects will be followed by the Environmental Manager that will be appointed by the organizer. This figure will be introduced for the first time in this event and will check on several other aspects including catering management within the Service Park that will have to be plastic-free.

"The relationship of the rally with the hosting territory is always delicate and fundamental – the Rally di Roma Capitale patron Max Rendina commented – and, for this reason, all the aspects that might seem to be secondary to the sporting element, are central in the whole activity of organization, logistics and communication of the rally. The FIA has started its environmental accreditation program a long time ago to define a well-recognized standard for all the FIA events and to get organizers, competitors, teams and fans to start following virtuous behaviours that are often simple gestures but which can make a huge difference".