Andrea Crugnola is the leader after day two. The second place to De Tommaso and third to Campedelli. 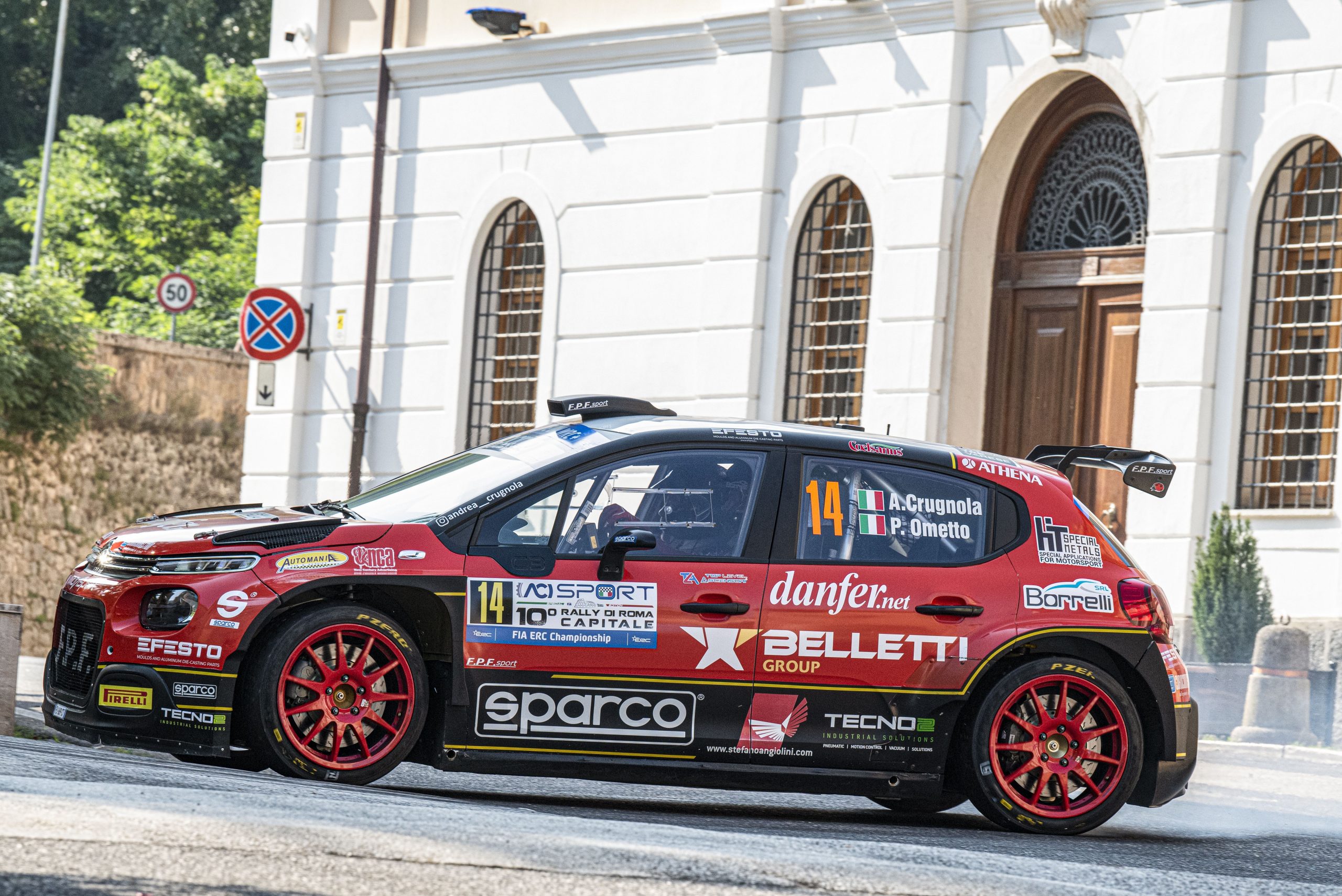 23.07.2022 – The Rally di Roma Capitale offered a real challenge today on day two of the tenth edition of the rally. This was the first real leg with 6 tests run in Fiuggi and in the province of Frosinone: 92 competitive km which, due also to the very high temperatures, challenged men and cars in this round that is valid also for the FIA European Rally Championship and Italian Rally Championship.

The role of the protagonist in the event organized by Motorsport Italia and Max Rendina was played by Andrea Crugnola and Pietro Elia Ometto (Citroen C3 Rally2), that got to Fiuggi at the end of the day with a 9.5s lead. The key moment was SS6 “Santopadre-Fontana Liri” with its 29.08 km which made it the longest test of the day. On the second pass, Crugnola posted the fastest time, his first of the rally, inflicting 9.8s to Damiano De Tommaso, who had led the pack until then.

De Tommaso and Giorgia Ascalone (Skoda Fabia Rally2 Evo), had a good event so far but struggled on the longest and closing test of the day and this might be a handicap for his recovery tomorrow when the rally will resume with the final six tests. His gap to the top is 9.5s.

The third place is currently occupied by Simone Campedelli and Tania Canton (Skoda Fabia Rally2 Evo) which displayed a great shape on the roads of the Capital. Simone stepped his pace up and, despite not being entirely at ease in some parts, he had a good event and holds one of his best places at the European Championship 2022 with a 26.4s gap to the top.

The battle for P3 is still not defined though. Yoann Bonato and Benjamin Boulloud (Citroen C3 Rally2) are fourth but 35.1s shy of Campedelli. The first foreign crew, Efren Llarena-Sara Fernandez (Skoda Fabia Rally2 Evo), are the current leaders of the European Championship and are 35.8s off the pace of the leader, but could bounce back.

The rally will resume early tomorrow morning with the first car exiting the overnight regrouping at 7:15. The program is quite challenging tomorrow too as it includes six tests and among these is the “Rocca di Cave-Subiaco”, 32.3 km, which is the longest test of the Italian Championship and FIA European Rally Championship. The other two tests (that will be repeated two times) are the “Fiuggi” and “Affile-Bellegra”.